BE GODDESSES OF DISOBEDIENCE

All Hail The V. 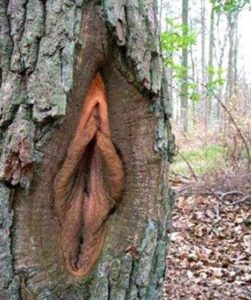 I should have finished off the last few chapters of the haunting History of Wolves by Emily Fridlund. Books lovers will appreciate the conundrum, itching to read more but don’t want it to end. So instead, I prolonged the agony and finally got round to watching the movie Hidden Figures.

Hidden Figures is the movie adaptation of Margot Lee Shetterly’s book of the same name. To my shame I’ve not read it and whilst I had heard of the women I only knew a little. It is the true story of three African-American women, Katherine Johnson, Mary Jackson and Dorothy Vaughan; engineers whose calculations for NASA and the Space Program were integral to several historic space missions, including the moon landing. I would hazard a guess that this significant story was little known because a. they were women and b. they were women of colour.

Virginia Woolf wrote “for most of history Anonymous was a woman”.

To illustrate, this is 1960’s America, Jim Crow and racial segregation. Likewise, sexism and misogyny were the norm. Yet despite this these women still overcame; not only did these women conquer the near impossible, they also set a precedent.

Mary Jackson was NASA’s first African-American female aerospace engineer; Dorothy Vaughan, an early pioneer in computer processing and NASA’s first African-American manager; and Katherine Johnson, an expert in analytical geometry who was the only woman in the Space Task Group. It was Katherine Johnson who calculated the trajectory for Alan Shepard, the first American to do a sub-orbital flight on May 5, 1961. When John Glenn became the first American to orbit the earth on February 20, 1962; Glenn requested that Johnson personally recheck the computer calculations before his flight.

After the Second World War when the men returned, they decided women needed putting back in their place. Appreciate you helped run the country in our absence, but off you go now, we got this. However, they had to give us something to keep us occupied. So the patriarchy gave us beauty culture, purposely designed to disarm, distract and control.

Decades on and we’ve certainly been kept busy. As a result, it convinced us we were rivals too busy vying for the attention of men rather than being allies. Instead we spent our days fumbling around in a fog of anxiety, diets and mutual criticism. Without doubt, thousands of repressed women, living life with the lights out.

Contrary to popular belief, our purpose is not to gratify or be sexually objectified by men. We too are sexual beings and it is, essentially through our bodies that we express this sexuality. Question for you? Ever felt self-conscious and or experienced anxiety at the thought of revealing your body to your partner? Guaranteed you are not alone. During my second pregnancy I developed Diastasis and after the birth, had an apron of skin. Something that could only be rectified by surgery and I wasn’t going there.

The change in my appearance absolutely impacted on my self-esteem and thus my sex life. During sex, I’d focus on my stomach and how it looked, taking me out of the moment. Rather than enjoy pleasure and connection with my husband, I felt like a spectator to my own sexual experience. Instead he mistook my distance as a lack of interest in sex and lack of attraction to him. Subsequently, we lost our sexual connection and we both stopped initiating sex.

I’m happy to say things are much different now, however when I reflect it makes me incredibly sad and angry. I allowed the myth to sabotage my worth. The beauty myth is a cruel scheme, it places the focus on what pregnancy does to our bodies rather than on the remarkable; that we create and nourish the future. It robs us of appreciating our true power and inhibits our right to sexual fulfilment.

Naomi Wolf, Vagina: A New Biography writes “what I saw as the negative effect on women’s minds of such mundane “tracking” activities as calorie counting, I had sensed that the reason so many tasks women are expected to do in society involve this kind of thinking (e.g. scanning, list making, judging themselves critically, “measuring up”) had something to do with the suppressive effect this kind of thinking has on other, bolder kinds of intellectual or emotional leaps.”

Without doubt, the vulva is all-powerful and worthy of its mystical reputation.  However, its allure has also been man’s eternal struggle; their Achilles Heel, the proverbial Kryptonite. That’s why rape has never been about sex, it’s about power and why the horror of Female Genital Mutilation exists.

Society has such a warped view of the vulva, so much so it has made us ashamed to even utter its name. The female reproductive system is a feat of engineering and the vagina but one of its parts. No one has a problem saying, heart, lungs or kidneys; vagina on the other hand? Do a bit of research and you’ll find there are literally hundreds of euphemisms for our great lady parts. The penis however, the occasional knob, but mostly cock and dick (which sounds like a 70’s sitcom) and nobody could ever accuse men of being too embarrassed to talk about their penises. It’s ironic, given how apparently appalling the vagina is, that society has clearly given it A LOT of thought.

Euphemisms aside, Jo’s Cervical Cancer Trust reports that a third of young women do not attend smear tests ‘due to embarrassment about their bodies’. The Trust said it was concerned that body image issues including perception of what was “normal”, is putting women’s lives in danger. The poll of women aged between 25 and 35 also found a third admitted they would not go if they had not waxed or shaved their bikini area. Concerns over smelling “normally” were also a factor. This is totally unacceptable, it is inconceivable that women are forfeiting their health and risking their lives for some warped mythology.

Anything You Can Do, I Can Do Bleeding.

I’m fucking sure I’m not ashamed of my vulva, on the contrary I salute it. The wee thing has experienced the equivalent of shitting a breeze block sideways, twice and still functions. Give a man a tap on the balls and he crumbles. I bow down to it and expect my husband to do the same. 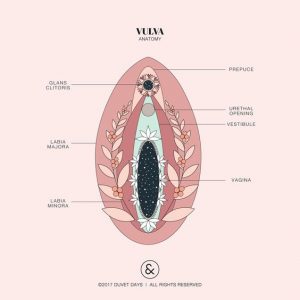 It may be small, but it is mighty, our vulva’s are the absolute boss and here’s why:

However, all’s not lost, thanks to Mr Weinstein (never thought I’d hear myself say that) there has been a seismic shift. The #metoo campaign raised public awareness and so brought new audiences and sympathisers. Politically and socially things are happening; change is in the air, a storm is on the horizon. Breathe in that ozone tang, the scent of a million silenced women.

It’s no coincidence that this year marks the 100th anniversary of female suffrage and a woman’s right to vote. And as I write, the second Women’s March unites our kin across the globe. This year is definitely more cometh the hour, cometh the woman and less the adage, behind every great man. We refuse that stale dish of patriarchal bull shit. “If they don’t give you a seat at the table, you bring a folding chair.” Sage advice from Shirley Chisholm, America’s first African-American congresswoman.

Choose to ignore an impotent man declaring himself a genius and focus on the women who helped put a man on the moon. Nobody should be messing with someone who bleeds for a week and doesn’t die. We are warriors, we have intelligence and intellect; the power to vote, a womb and a vagina, all that smells like power to me. Time to show them how noble we are, that despite all of human history, they should be glad we only want equality and not payback. If there’s still any doubt (really?) of how awesome we are, listen to Oprah.